The history of Carlsberg and the old brewery site

After 160 years as a closed industrial site, a new Copenhagen district is being built on the very areas where brewery horses and beer carts roamed around the streets in their time. The history, buildings and cultural heritage from the brewery’s past are essential parts of what makes the neighbourhood so special.

Carlsberg was founded in 1847 by visionary brewer J.C. Jacobsen, who thus laid the cornerstone for a modern Danish brewery company. Jacob Christian (J.C.) Jacobsen (1811–1887) was trained in his father Chresten Jacobsen's (Nørkjær) brewery in Brolæggerstræde, and following his father's death, he took over responsibility for the brewery.

To get more space and not least clean brewing water, he moved the brewery to the Valby Bakke hill in 1847. There was plenty of water here because it ran out of the bluff after the construction of the railway to Roskilde. Thus, J.C. Jacobsen founded an industrial brewery named after the brewery's location on a "mountain" ("bjerg"/"berg") and his only son, Carl: Carlsberg.

Carl Jacobsen (1842–1914) became a brewer like his father and grandfather, and in 1880, he built his own brewery next to the one he had leased from his father.

In the period 1881–1886, father and son had disagreements about, among other things, production methods, which led to Carl Jacobsen opening a new brewery under the name Ny Carlsberg ("New Carlsberg") in 1882. At the same time, J.C. Jacobsen changed the name of his brewery to Gamle Carlsberg ("Old Carlsberg").

Over the years, J.C. Jacobsen and Carl Jacobsen contributed significantly to the architecture and cultural life in Copenhagen, including the construction of The Little Mermaid, the Botanical Gardens and the Ny Carlsberg Glyptotek, just as many of the great Danish artists and scientists of the time frequented Carlsberg.

After 160 years as a closed industrial site, Carlsberg opened the area to the public, and since then, Danes and tourists from all over the world have flocked to study and take part in history, architecture – and not least enjoy the green areas. 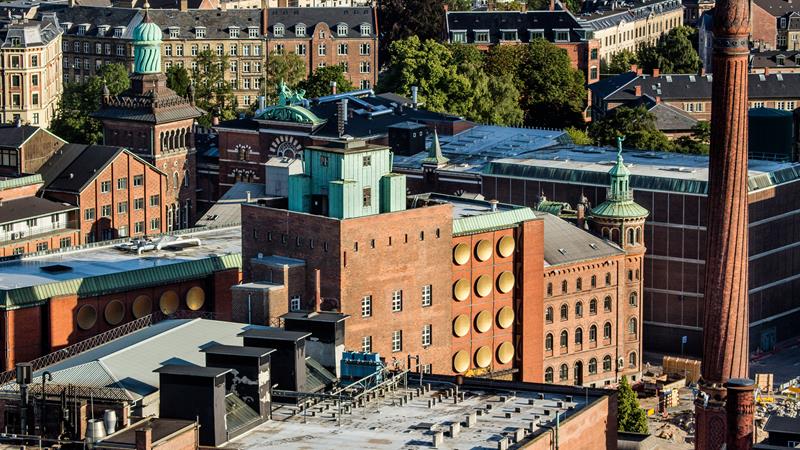 In 2009, architecture firm Entasis won the award for the World's Best Master Plan, which has formed the basis for the development of the Carlsberg City District. Read more here

The city district is home to no less than 25 urban spaces and gardens, which residents and visitors can enjoy when they move around the area. The urban spaces are not created by chance, but carefully planned to give you the best experience. Here is a selection. Read more here 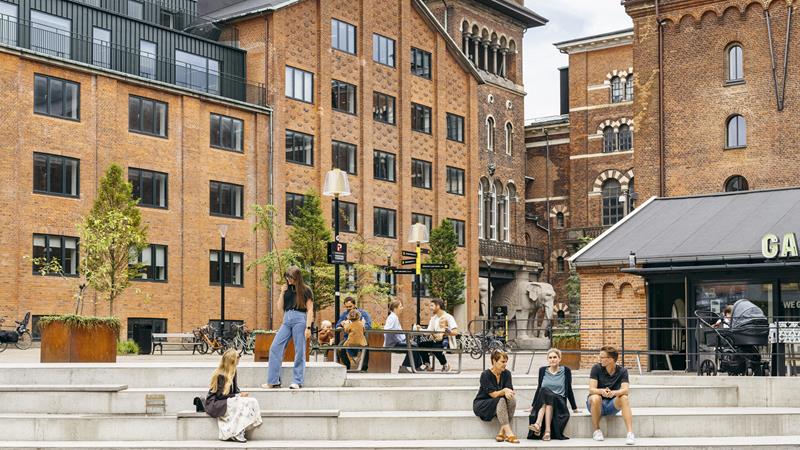